There’s no such thing as safe in a city at war, a city overrun with monsters. In this dark urban fantasy from acclaimed author Victoria Schwab, a young woman and a young man must choose whether to become heroes or villains—and friends or enemies—with the future of their home at stake. The first of two books, This Savage Song is a must-have for fans of Holly Black, Maggie Stiefvater, and Laini Taylor.

Kate Harker and August Flynn are the heirs to a divided city—a city where the violence has begun to breed actual monsters. All Kate wants is to be as ruthless as her father, who lets the monsters roam free and makes the humans pay for his protection. All August wants is to be human, as good-hearted as his own father, to play a bigger role in protecting the innocent—but he’s one of the monsters. One who can steal a soul with a simple strain of music. When the chance arises to keep an eye on Kate, who’s just been kicked out of her sixth boarding school and returned home, August jumps at it. But Kate discovers August’s secret, and after a failed assassination attempt the pair must flee for their lives. In This Savage Song, Victoria Schwab creates a gritty, seething metropolis, one worthy of being compared to Gotham and to the four versions of London in her critically acclaimed fantasy for adults, A Darker Shade of Magic. Her heroes will face monsters intent on destroying them from every side—including the monsters within.

I’d heard amazing things about Victoria Schwab’s writing style and specifically the Monsters of Verity duology, mostly from Regan @ PeruseProject. The concept was intriguing and I was all hyped up for it but when I finally began reading the book, I was pretty confused for the first quarter of it.

Maybe I couldn’t get used to the writing style soon enough or I was missing something because I kept getting interrupted, but I must have read and reread the first 30-40 pages at least 4 times before I was able to really make sense of things and get familiar with the terms and very subtle descriptions of the different monsters that were slipped in. Once I did get the hang of it though, the book was fairly easy to get through.

I wish there had been a map to refer to while reading this book because it kept distracting me from the story as I tried to imagine it myself. Anyway, Verity is divided into two parts, the North which is under Harker’s protection, and the South which is under Flynn’s protection. Kate is human, Harker’s daughter and she wants to be ruthless and powerful like her father. August isn’t human but wants to be.

It was a cruel trick of the universe, thought August, that he only felt human after doing something monstrous.

But are all humans heroes and all monsters bad? What defines you: your actions and intentions or your nature and birthright? What makes you human? That is what this book explores and I liked how it kept me wondering what will happen next. There were so many twists that surprised me.

Kate has only wanted to be back home since her father shipped her off to boarding schools, has only wanted his love, appreciation and approval and does whatever she can to be ruthless like him. But she doesn’t realize the cost she would have to pay to actually become him.

He wasn’t made of flesh and bone, or starlight. He was made of darkness.

August has been trapped inside the compound for years, only going out sparingly at night – to keep him safe or to keep others safe from him? Either way, it’s a lonely way to live. All he wants to do is help people, fight alongside his father’s task force because war is coming.

“I live in a world where the shadows have teeth. It’s not a particularly relaxing environment.”

I liked August and Kate’s interactions, getting to know each other, becoming friends and yet keeping parts of themselves secret because they’re from opposite sides of the war. They’re such strong characters trapped in a way they don’t even know.

“You wanted to feel alive, right? It doesn’t matter if you’re monster or human. Living hurts.”

All through the story, both Kate and August are repeatedly told by the world and their families who they are, what to do and who they’re meant to be. But they struggle to understand what’s really inside of them. They go through a lot in this book but one of things I liked and really admired was how they discover their own selves, their strengths and weaknesses, who they are, the potential to be who they want and whom to trust, or not – and what to stand up for.

But the teacher had been right about one thing: violence breeds. Someone pulls a trigger, sets off a bomb, drives a bus full of tourists off a bridge, and what’s left in the wake isn’t just shell casings, wreckage, bodies. There’s something else. Something bad. An aftermath. A recoil. A reaction to all that anger and pain and death.

I really did enjoy this story, getting to know Kate and August, pondering things that we don’t generally think about. I also liked where it ended but something was amiss. I was expecting a bit more. But I am very excited to read the final book in this duology and hoping for a happy ending, though it doesn’t seem very likely at this point.

Have you read this book yet? Or any other books by Victoria Schwab? Are you planning to? Let me know in the comments below! 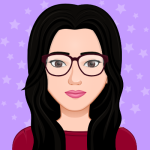 Follow A Reader To Whatever End on WordPress.com
Join 295 other followers